Once admitted to membership, the actor is free to use all the facilities of the Studios, both in New York and in Los Angeles.

Members of The Studio enjoy a number of luxuries not usually available to actors in the commercial theatre. The actor now has a home in which to work, privately or with other members. He or she can take as much rehearsal time as necessary and can show the work, either undirected or directed, when it is ready. 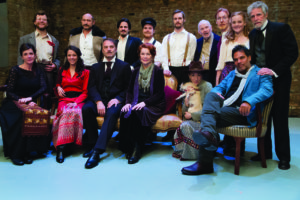 Members are free to choose their own material – classical, contemporary, published, unpublished, adaptation, short story, screenplay, teleplay, poem, song, dance, musical, opera, ballet, etc. Our members can also write their own material. He or she is free to pick their own part and partners, and no longer waits to be cast by others.

Activities and participation in any activities at The Actors Studio are for members only.